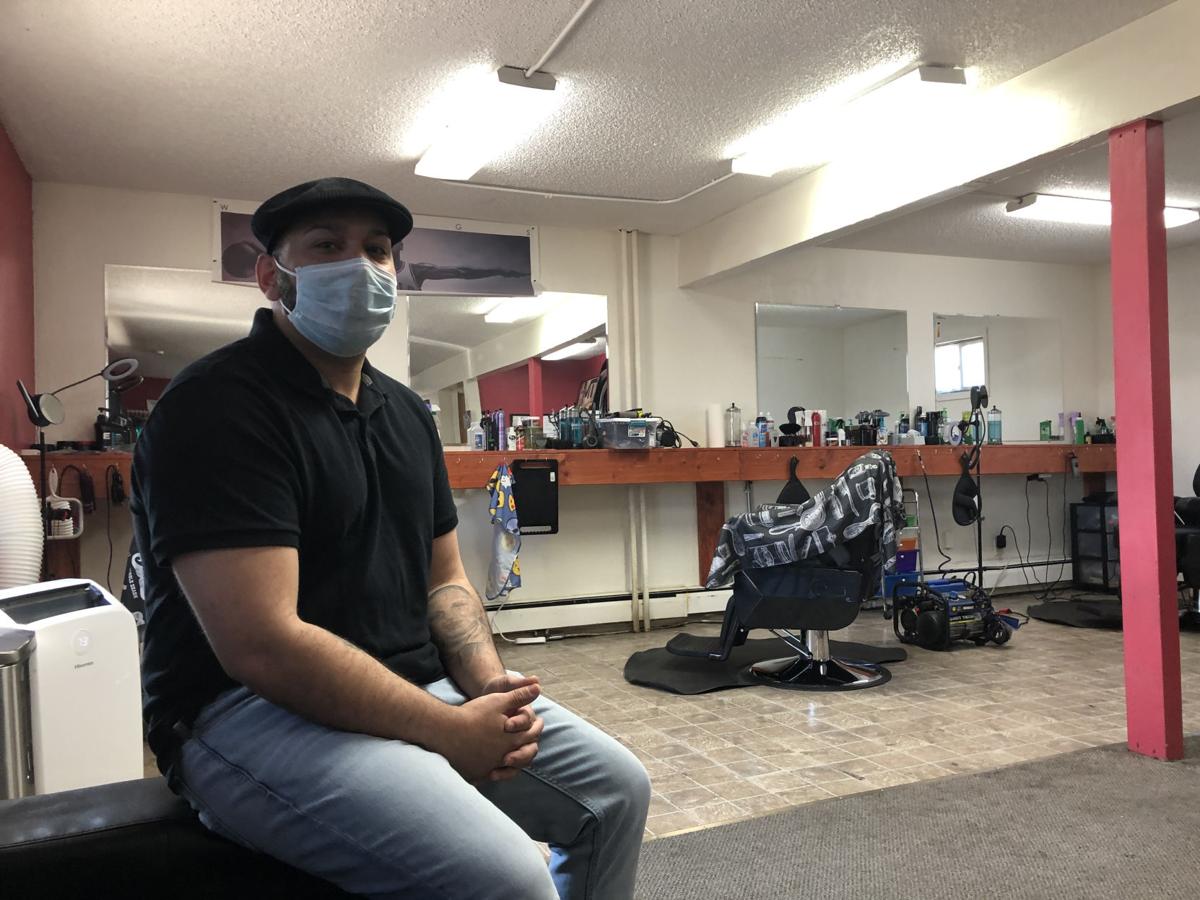 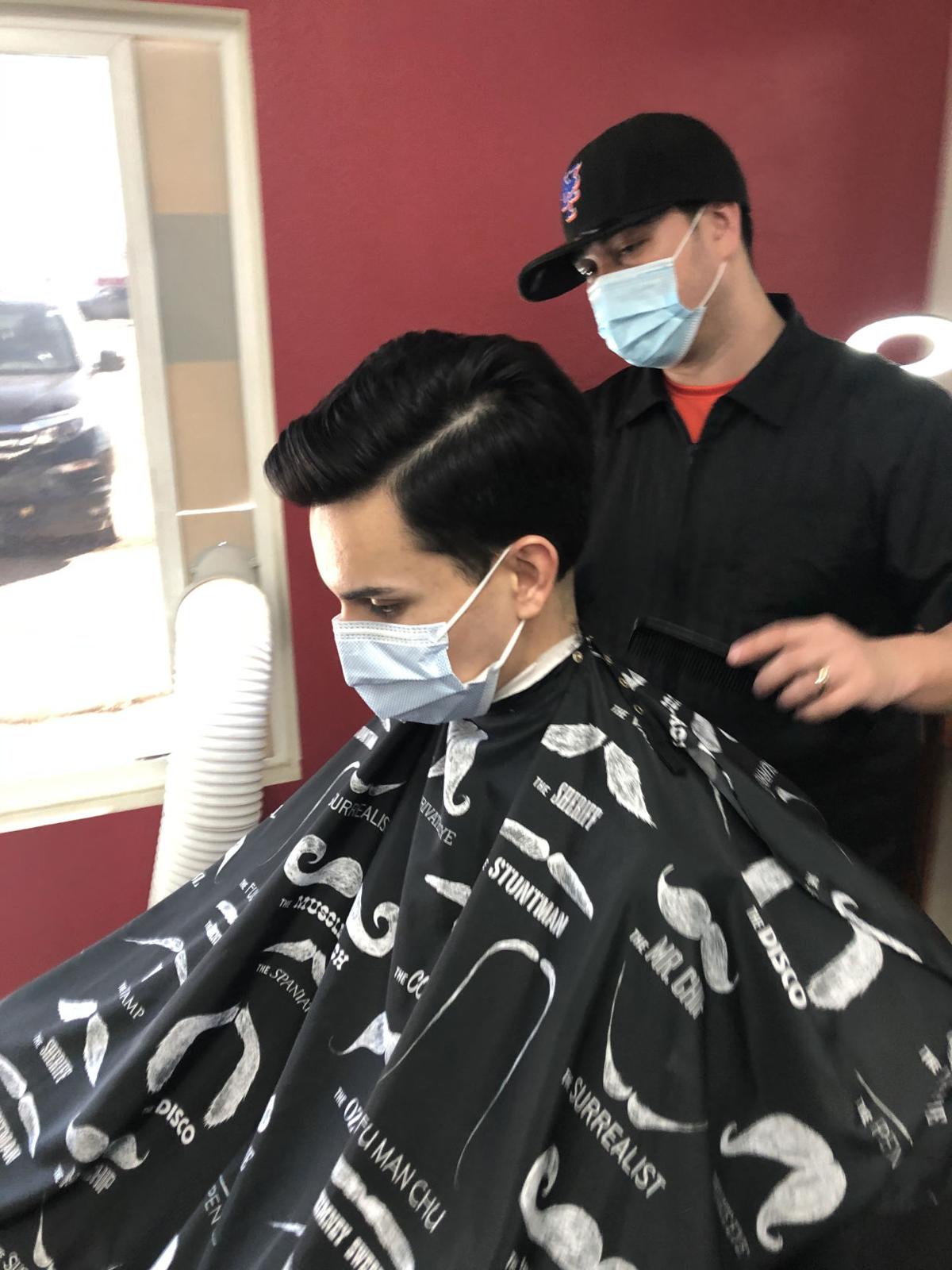 U.S. Army soldier Adrian Michel getting his first haircut in four months by barber Jonathan Valle on Thursday, May 7, 2020.

U.S. Army soldier Adrian Michel getting his first haircut in four months by barber Jonathan Valle on Thursday, May 7, 2020.

While the coronavirus curve was being flattened, barber Juan Salgado spent the five weeks that his business was closed keeping in touch with clients over social media and tracking down personal protective equipment.

He had a hard time finding a supplier to sell him face masks.

“It was very difficult,” he said. “I networked. That is how I got the masks that I needed.”

Salgado, who owns JVS Barbershop, said he posted frequent updates on his shop’s social media pages. He started a waiting list of people who would get the first haircuts after he reopened. He stayed connected with some clients by helping them fix botched home haircuts using Zoom or Facebook Live, he said.

He applied for federal assistance through the U.S. Small Business Administration but it was fruitless.

“No help. Just us,” Salgado said. “I haven’t got anything back. Just a control number for when I put in my application.”

He waived the monthly chair rental fees of his contract barbers. His landlord offered to work with him on his rent but he declined.

“I‘m an optimistic type of person,” Salgado said, “but I was worried. I think the biggest part for me was the guys who work for me.”

On April 25, JVS Barbershop reopened and is only just slowing down after working through the waiting list, Salgado said. The burst of demand kept the barbers so busy that Salgado and barber Jonathan Valle spoke of sore backs and wrists.

“We‘re seeing a lot of new clients,” Salgado said. “I am pretty sure there are a lot of shops that haven’t reopened yet.”

Salgado is a U.S. Army veteran who was raised by a small businesswoman in Massachusetts. He opened his barber shop in 2014, but it was just him until he added four chairs in January.

He said he reads a lot about COVID-19. He has compromised lungs and is taking every health precaution necessary because he is worried about a second wave of illnesses that would force him to close his business again. The barbershop puts food on the table for four families.

“When the second wave comes, how long are they going to keep us closed?” he said he wonders.

Salgado’s client check-in process is elaborate including a sign-in sheet, some health questions, a squirt of hand sanitizer and a mask unless you brought your own. Barbers at JVS also wear masks and wash their hands often throughout the day, Salgado said. He removed one barber chair to space out the rest of the chairs. To reduce face-to-face contact, Salgado encourages barbers and clients to go over the details of the haircut by text or by phone.

“It benefits us to make sure there is not another breakout,” he said.

Clients who must wait are asked to do so in their car — a pity because the waiting room is appointed with a television, video game system, a couch and comfortable chairs.

Salgado has not raised prices though he said he thinks about it. Clients are tipping well, he said. Haircuts, including fades, mohawks, faux hawks, tapers and edge-ups, start at $30.

To reduce the need to touch money or bank cards, clients may book appointments and pay through the app Booksy, Salgado said.