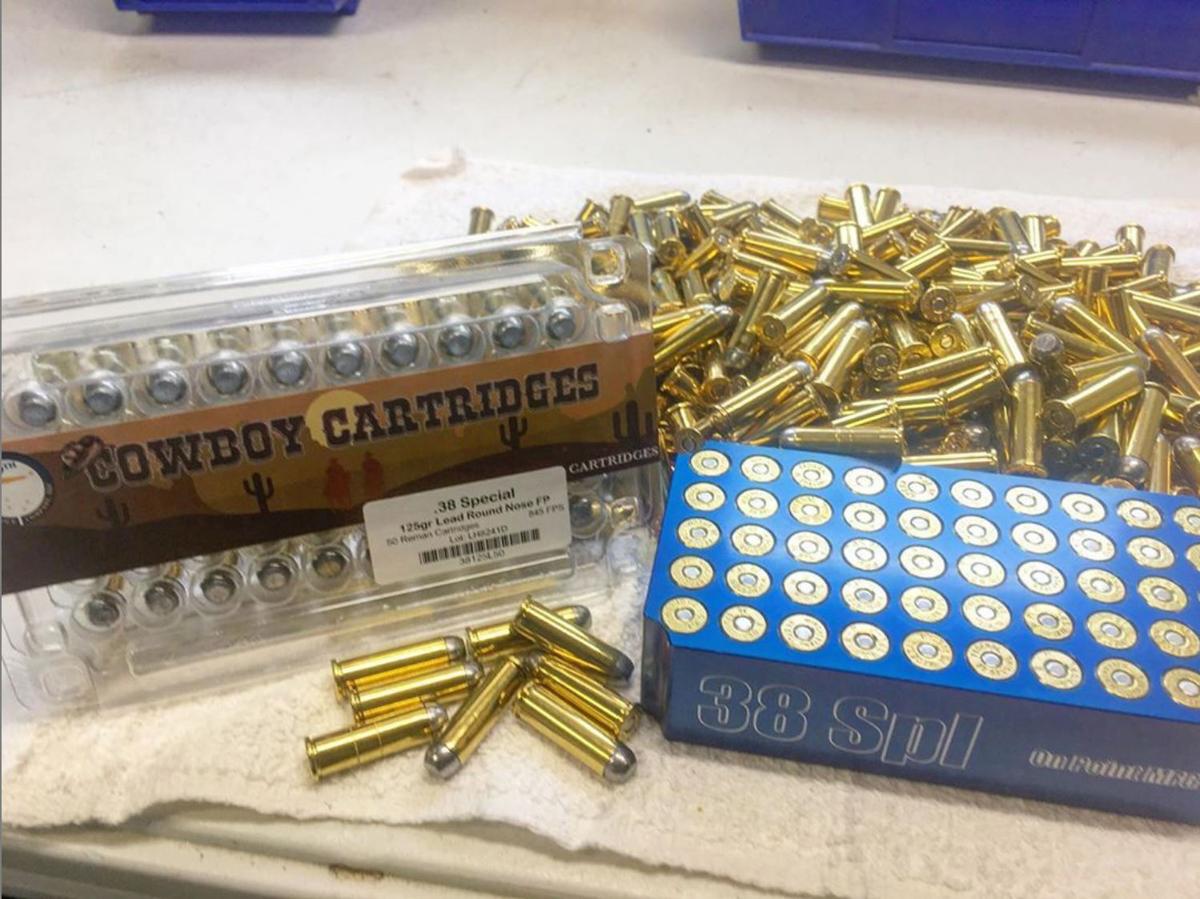 Among the products 49th Cartridge Company has offered are .38 Special 125gr lead rounds. "This is a classic 38 load, great for easy shooting at the range!" read a caption on the company's Instagram account, where this photograph originally appeared. 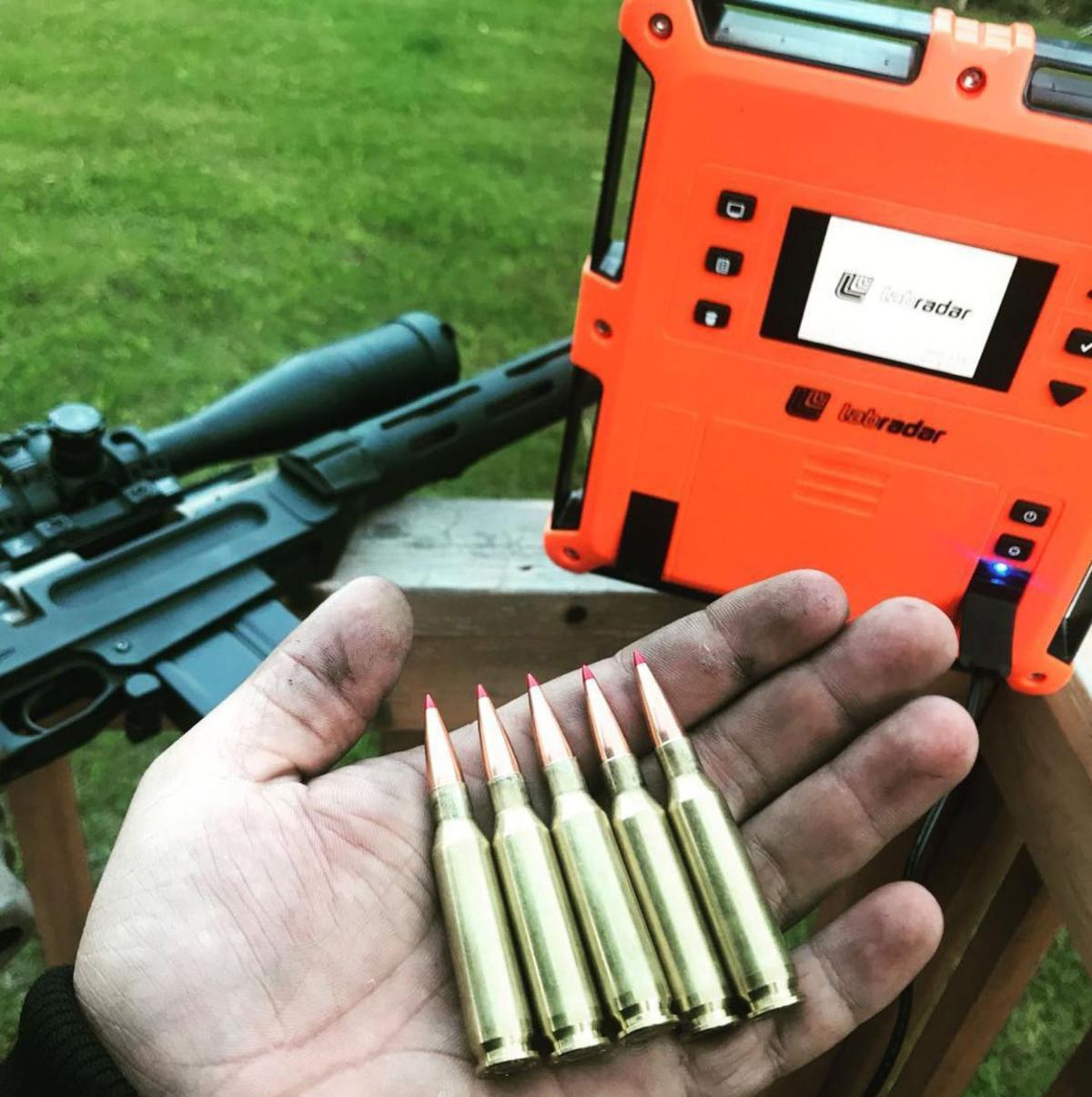 A photograph posted on Instagram by Russell Smith shows him holding up some ammunition, his rifle in the background. "Did some load development this afternoon and I think I’m ready to find and kill Bigfoot," the caption read. 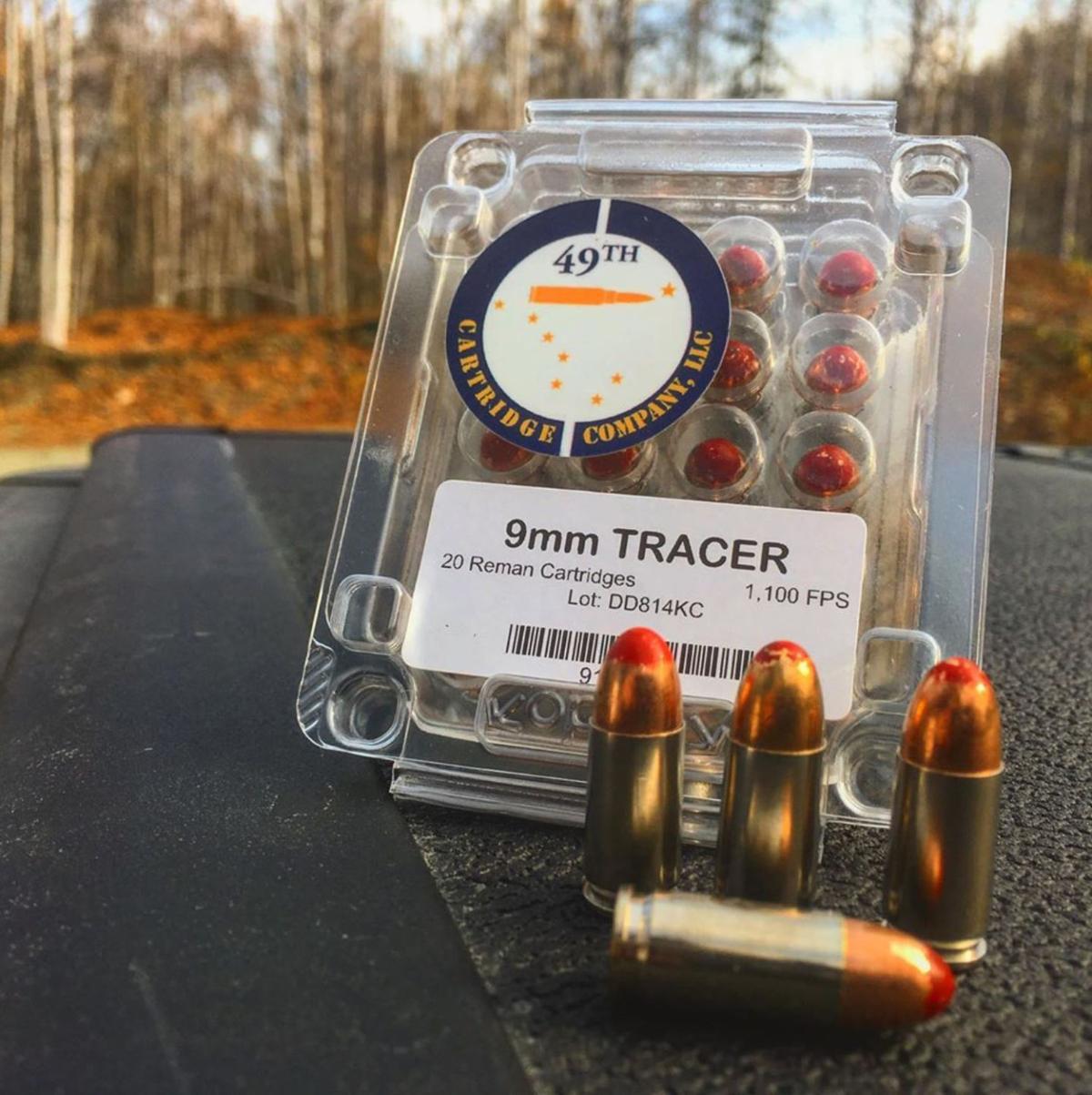 Another of the company's products: 9mm tracer ammunition, which is designed to illuminate the trajectory of the bullet.

Among the products 49th Cartridge Company has offered are .38 Special 125gr lead rounds. "This is a classic 38 load, great for easy shooting at the range!" read a caption on the company's Instagram account, where this photograph originally appeared.

A photograph posted on Instagram by Russell Smith shows him holding up some ammunition, his rifle in the background. "Did some load development this afternoon and I think I’m ready to find and kill Bigfoot," the caption read.

Another of the company's products: 9mm tracer ammunition, which is designed to illuminate the trajectory of the bullet.

For years, David Dwyer and Russell Smith went shooting together. The pair had been friends since they’d met at the University of Alaska Fairbanks in 2014. Roughly three years ago, the pair got to talking.

“Essentially what we noticed, and something that a lot of people we know also noticed: there’s a lack of available ammunition at a fair price in the Fairbanks area and across Alaska — but, especially the Fairbanks area. There are a few stores that sell stuff, and they seemed to have higher prices,” Dwyer said in an interview with the News-Miner last week. “We knew we could likely do this for a lot less than what they were charging.”

According to Dwyer, both he and Russell had been making their own custom ammo on a recreational basis for years. Russell, who grew up in Nome, has at least 15 years experience; Dwyer began making his own rounds eight years ago.

“Myself and Russel loaded, hobbywise,” he said, adding, “Ammo is even harder to get out in Nome.”

So, in March 2017, the pair set up 49th Cartridge Company, one of the very few commercial ammunition manufacturers in the state. The company is primarily made up of Dwyer and Russell, both co-owners and operators, although Dwyer said that they occasionally have another individual work on a part-time basis.

“Overall, one of the big defining aspects and what we kind of continue on with our mission statement is: providing ammo for Alaskans by Alaskans.”

Dwyer, originally from the east coast, came to Alaska in 2014 to study at UAF after he left the military.

“I majored in natural resources management with a minor in homeland security,” he said. “So there’s a lot of management aspects that transfer into business quite well”

In business, Dwyer and Russell are committed to “keeping as much as we can American-made” and communicating with Fairbanksans to produce the products that are required locally.

“Obviously there’s a large hunting population or even just hiking, you need bear protections,” Dwyer said. “Then, there’s a large amount of people who shoot in pistol competitions.”

Dwyer noted there’s also the military presence. As such the cornerstone of 49th Cartridge Company is manufacturing and selling the common calibers that a lot of people use, like 9 mm ammunition, which Dwyer said is the most popular cartridge bar none.

“We do have a shop set up at my residence. It’s a large room which is solely dedicated to ammunition production,” Dwyer said, explaining that they have a couple of automated machines, a couple of manually operated machines and a “testing range literally right out of the door.”

According to Dwyer, the range on his property, with which the company’s ammunition is tested, was built over a decade ago and was grandfathered in before the borough changed its range regulations.

While Dwyer prides himself on providing the community with the common ammunition it needs, he said that the company has recently been focusing more on making custom ammo.

According to Dwyer, it’s not only the type of firearm, but your physical build and the purpose of your shooting, that dictates the kind of round you should be using. Dwyer said if you come and describe your needs to him and Russell, they can create “the most accurate projectile and bullet that will work well for you.”

49th Cartridge Company did not go unaffected by the coronavirus pandemic. Dwyer said that, like toilet paper and flour, there was something of a run on guns and ammunition nationwide. While this was great for business, the company quickly ran out of stock and is still working on back orders. This was exacerbated when suppliers of the parts required to build ammo ran out of stock too. Dwyer noted that spring tends to be a busy time for the company regardless.

“The fact that, at the same time we started to see the COVID push, people were starting to go out and shooting more anyways. There’s that spring rush,” he said. “But also going into the summer sports kicking up. It was a number of factors that piled up on us and everything was gone, very quickly.”

Dwyer said that suppliers are mostly back in action, although it still takes a little longer than usual to get some items.

“There’s still a nationwide backorder on primers,” Dwyer said. “We’re having no issue getting anything else. We have direct relations with all our other suppliers. Primers are limited to just a few providers around the country.”

The majority of the company’s clients are individuals and local clubs. The company’s product is now sold by three vendors in Fairbanks, one in Delta Junction and one in Wasilla.

“A lot of our customers have become good friends,” Dwyer said. “We love it. It’s a passion. One of the key factors of being in business is you have to be passionate about it. Otherwise, over time, you might get burned out.”

With the orders still coming in, Dwyer and Russell have a busy summer ahead. According to Dwyer, 49th Cartridge Company

“If you enjoy going to work, if you want to call it that, that makes it much easier,” he said. “We’ll definitely continue to go down the path we’re going, keeping Fairbanks supplied first and foremost.”