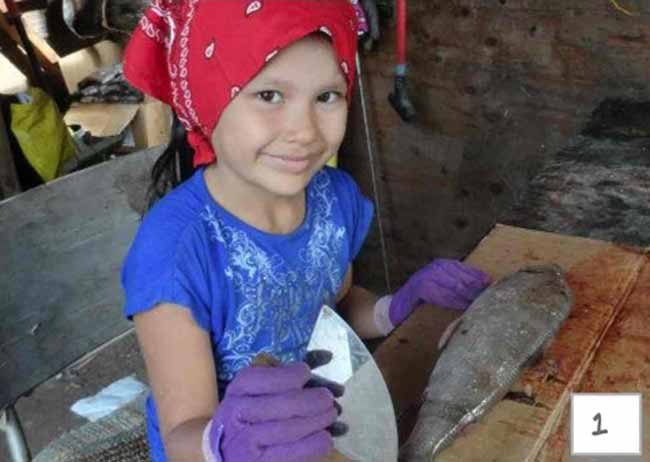 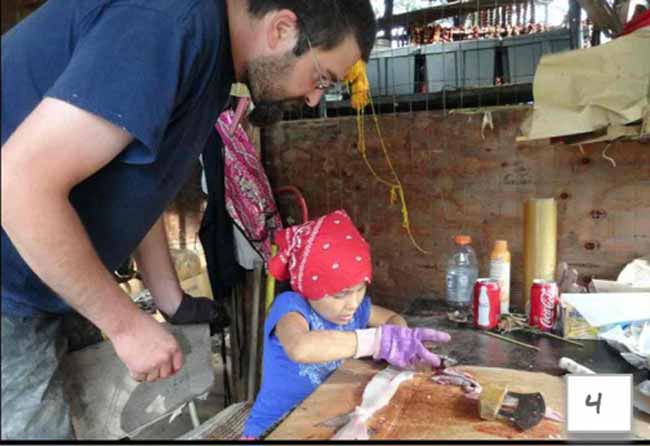 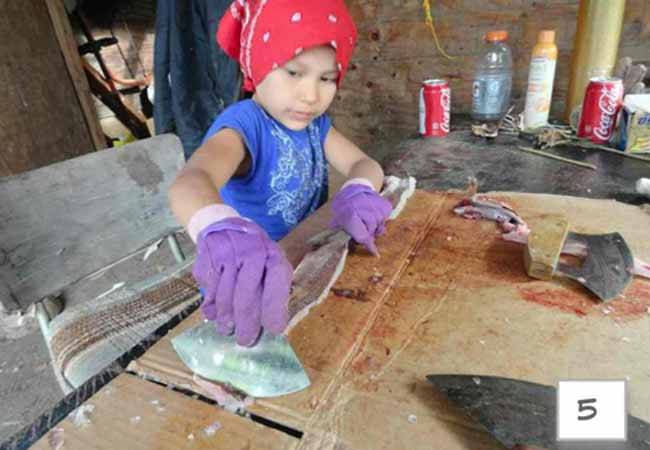 Alana Brown, 7, of Huslia and Fairbanks, wanted to learn how to cut fish. As she was cutting her first fish, she said, “When I grow up, I’m gonna cut lots of fish.” When her aunt Lisa Bifelt asked her why, she replied, “Just to try it, see if it would be fun.” After she was done, she said it was fun.

These photos of Alana show the steps to cut whitefish for drying or for making it into k’eyoge’ (half-dried).

1) Go ees taaseze — this is a broad whitefish.

3) K’et’oł — she is cutting fish. The fish is cut along the backbone to make fillets.

4) Yedengheezenh — she scored it. Alana’s uncle, Shawn Huffman, supervises to make sure she scores it evenly and doesn’t cut through the skin.

5) Yeelgges — she stretched it out. The fish is stretched so air will flow through the spaces to aid the drying process.