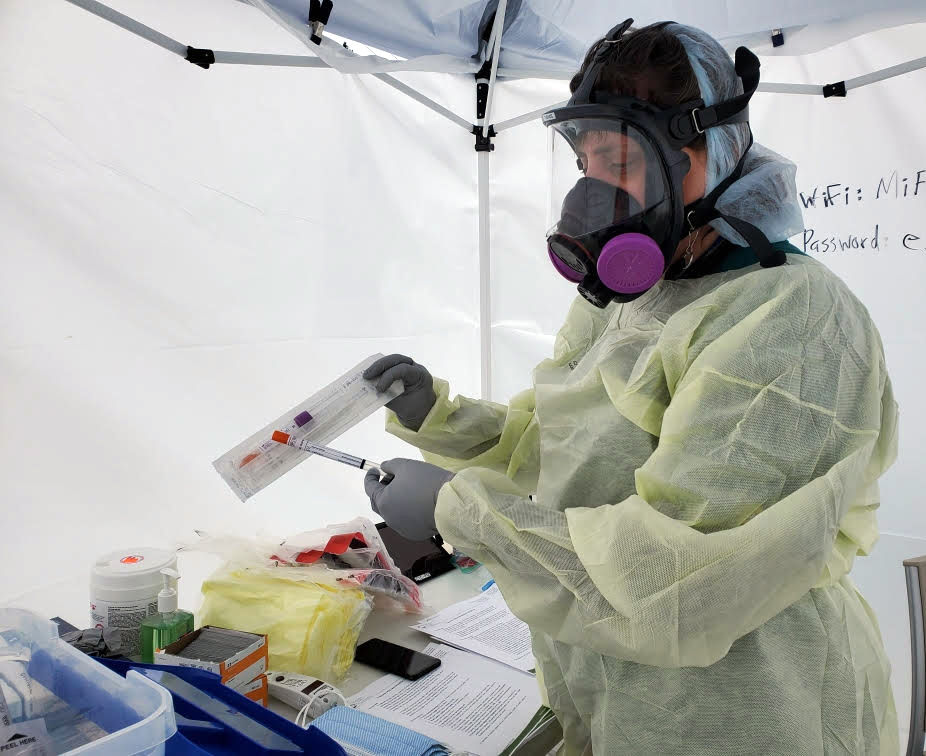 A drive-thru COVID-19 testing station has been set up outside Chief Andrew Isaac Medical Center in Fairbanks. Faith Walsh shows what the testing equipment looks like. Tests are by appointment only. Gary Black/News-Miner 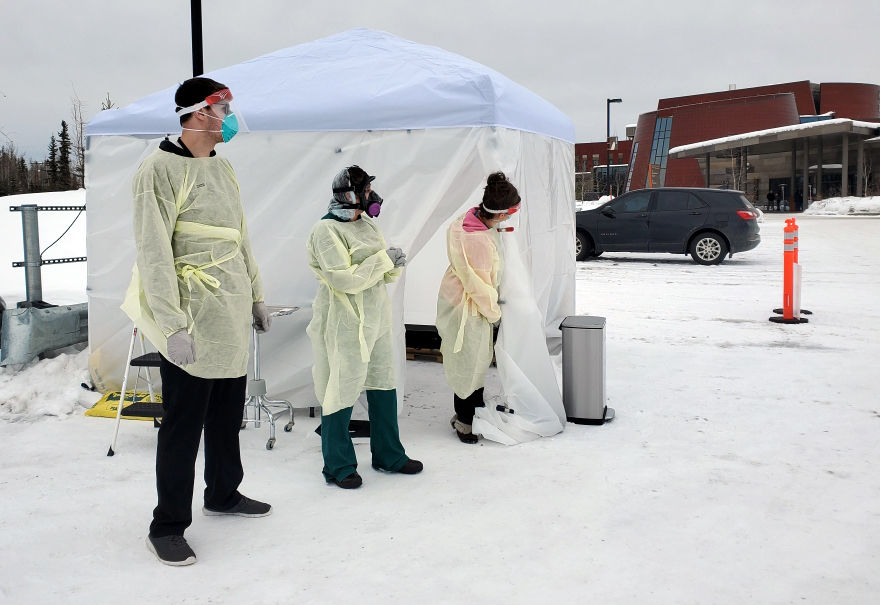 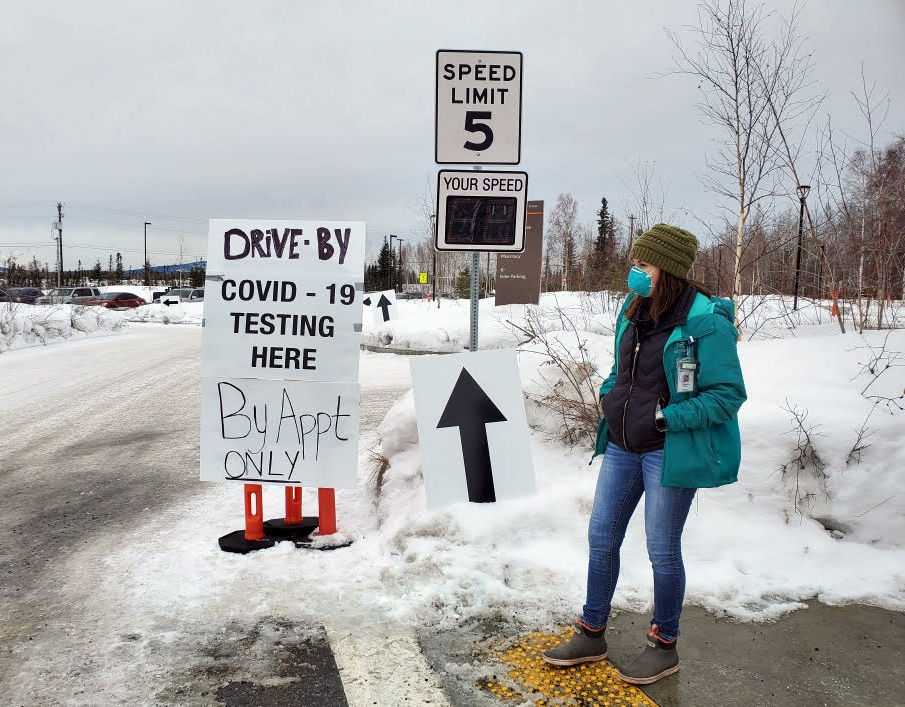 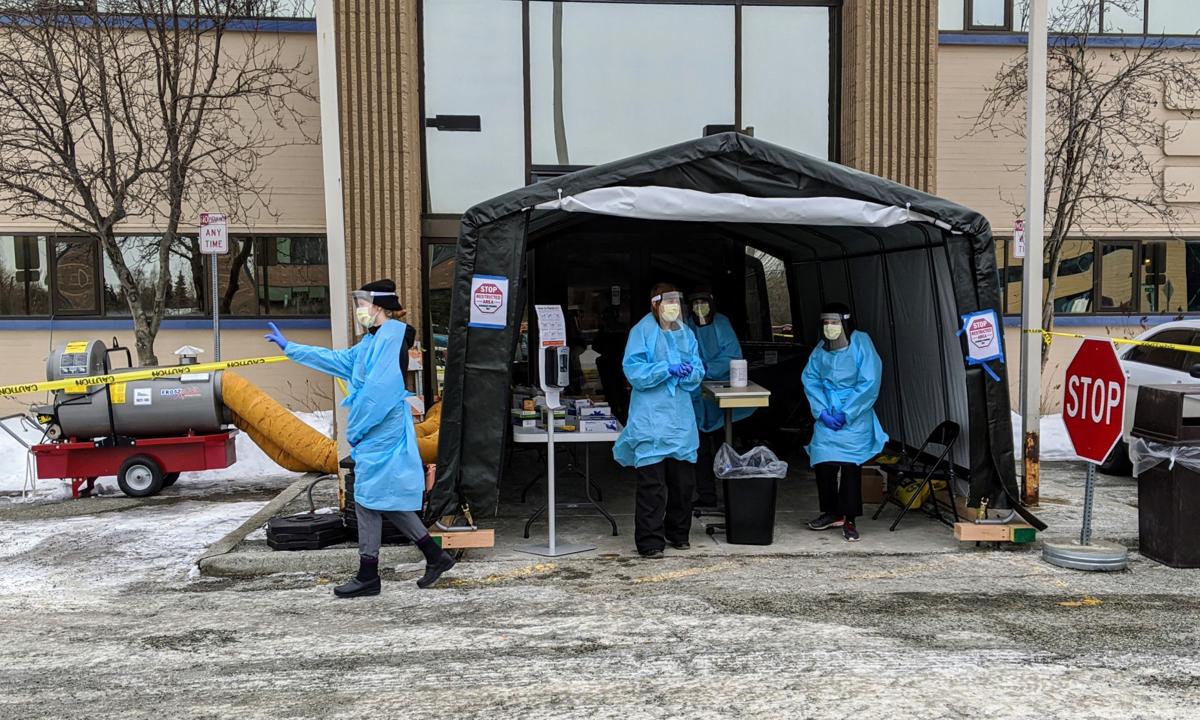 A drive-thru COVID-19 testing station has been set up outside Chief Andrew Isaac Medical Center in Fairbanks. Faith Walsh shows what the testing equipment looks like. Tests are by appointment only. Gary Black/News-Miner

TCC launched a by-appointment-only testing station at the health center, which is across the street from Fairbanks Memorial Hospital.

A post to TCC's Twitter account notes the hours are from noon to 5 p.m. and that tests will be limited to those exhibiting symptoms –– cough, fever, difficulty breathing or flu-like symptoms –– who have called ahead to make an appointment. Patients of Chief Andrew Isaac who are interested in being tested should call 907-451-6682.

Dr. George Bird, director of Chief Andrew Isaac, noted Thursday afternoon that the drive-thru station has seen its first few patients and that the system seems to be working smoothly.

"We anticipate it could get a little more complicated once more patients begin calling in and requesting the service, but that is part of the reason why we made it by appointment only so we are able to control how many folks who we see," Bird said. "We didn't want it to get too overwhelming and cause traffic issues with Cowles Street."

Robert Nowicki was one of three people staffing the drive-thru testing site Thursday afternoon. He’s an optician at Chief Andrew Isaac, but since the opticians office is closed inside the Chief Andrew Isaac center, he was helping test patients in the parking lot.

The testing sites are small — about 10 feet by 10 feet — and warmed by a portable heater inside. A foldable table is covered with pamphlets, testing information, masks, and a plastic portable box filled with COVID-19 tests.

The testers — three at each site — are covered in yellow gowns, masks, gloves. They gather in the nearby tent to keep warm until a car pulls up.

In the parking lot, a traffic attendant directs vehicles to the individual testing tents.

Testing for COVID-19 can still be done through the center's urgent care clinic, but Bird noted the drive-thru station provides an option for individuals who are wary of actually entering the building and coming into contact with more people.

Chief Andrew Isaac Medical Center serves Fairbanks' Alaska Native population, a population of veterans and most of the people in the rural areas around Fairbanks, both Native and non-Native, Bird said.

TCC Communications Director Doreen Deaton noted later Thursday that the drive-thru testing will be weather-dependent and that the station may close if winds, snow or freezing rain get too bad.

Anchorage opened its drive-thru testing station to the general public Monday in the parking lot of an empty building owned by Providence Hospital off of Lake Otis Parkway.

Individuals who wish to be tested at the Anchorage location must have received a previous referral from a medical provider.

This is to keep the testing to those who are exhibiting symptoms already, said Mikal Canfield, senior manager of external communications for Providence.

"We don't want to exhaust the resources we have," Canfield said. "We understand some people may be concerned, but we encourage folks to reach out to a health care provider prior to ensure you actually need a test,"

Even so, 200 patients were tested in Anchorage on Wednesday, he added.