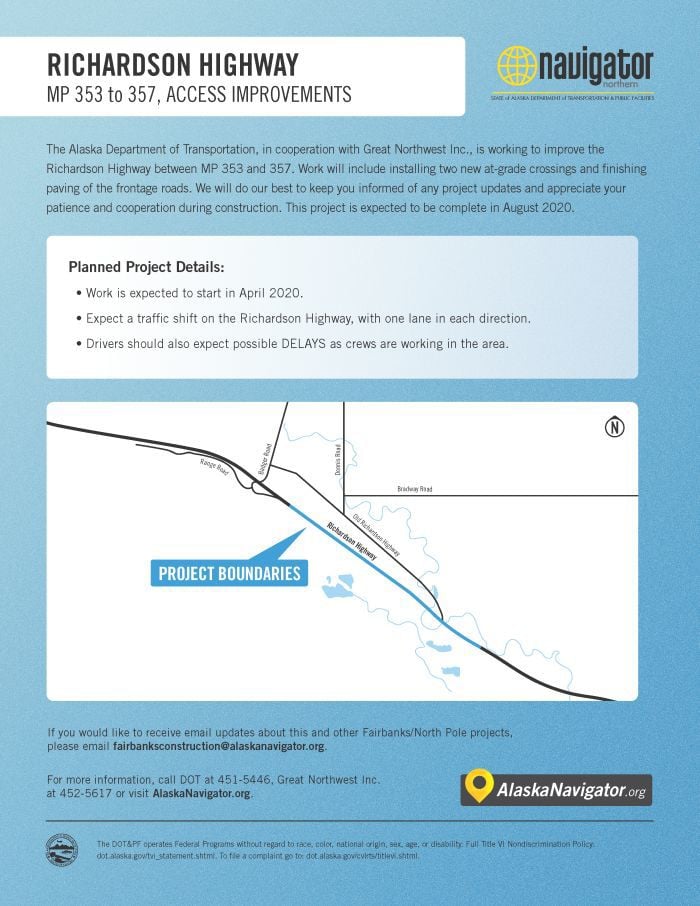 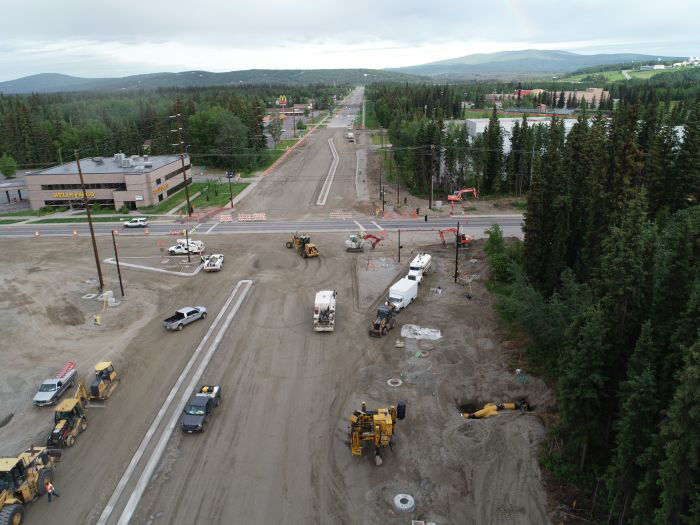 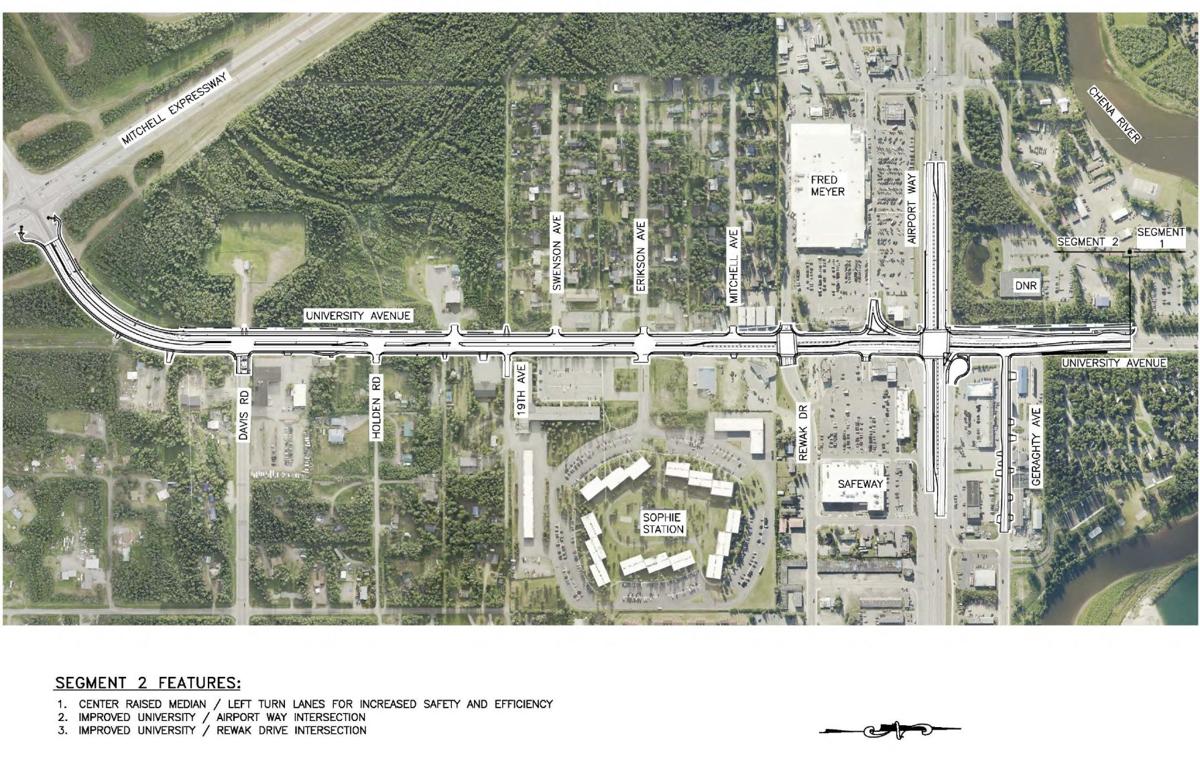 Several major transportation projects are on tap for the Fairbanks area this summer, according to the Alaska Department of Transportation and Public Facilities. One project will close the intersection at University Avenue and Airport Way for most of the season, and a second will restrict traffic on the Richardson Highway between Fairbanks and North Pole.

Rewak Drive was closed on April 20 and is expected to reopen in mid-May. At that time, University Avenue will be closed between Goldizen Avenue (north of the bridge) to Rewak. Traffic will be restricted to one lane each way on Airport Way, with no turns allowed at the intersection. This closure will last the entire construction season.

Crews also may begin work on replacing the Chena River Bridge on University Avenue. The bridge is past its useful life, according to DOT. The new bridge will have wider driving lanes and improved pedestrian facilities. There is no construction schedule for replacing the bridge yet, but it could start as early as the fall. The work will close the section of University Avenue between Airport and Goldizen for the winter.

The University Avenue reconstruction project began in 2018 and is expected to continue in phases through 2022. More information is available at http://dot.alaska.gov/nreg/university/

The second major project aims to improve access to the Richardson Highway between the 6-mile Badger Road intersection and Levee Way in North Pole, miles 353-357. This includes adding two new highway crossings (Midland Street and near Rozak Road), consolidating access points, expanding and paving frontage roads, building acceleration lanes and adding lights at intersections. Work on the frontage roads began in 2019; the main Richardson Highway is the focus of the 2020 season.

These restrictions will increase commuting time between Fairbanks and North Pole, according to the news release.

In addition to these two major projects, DOT also plans to close Tanana Loop in front of the Patty Center this weekend and again later in the summer. Drivers can use Geist Road as a detour.

• Ballaine Road will be closed at the Goldstream Creek Bridge between May 11-19 so crews can lift and repair the bridge.

• Work on the Wendell Street Bridge also is planned. The bridge is expected to close this fall and will remain closed over the winter and next summer so the current bridge can be demolished and a new one built.

• Work on upgrading McGrath Road and construction of a roundabout on Chena Hot Springs Road at the Steese Highway is also planned this summer, but construction schedules have not been set.

DOT's Northern Region has $225 million in estimated total costs for its 2020 projects, 90% of which is being funded by the federal government.

DOT has been working with Alaska General Contractors to develop a COVID-19 mitigation and response plan to keep contractors and safe from the virus. Each project also will have a site-specific plan that takes into consideration the situation at each project.